Many countries want to buy Russian S-400 air defence systems, because they want to defend themselves to avoid the fate of Iraq, which Western countries betrayed and dismembered. 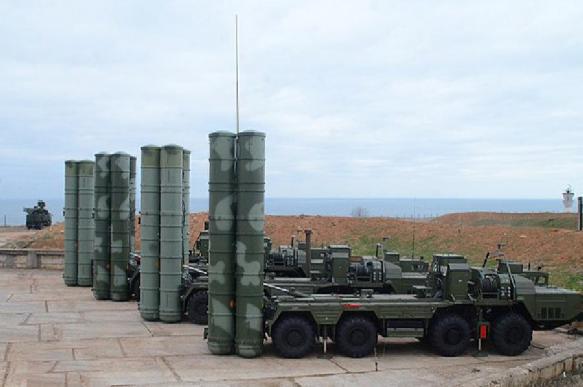 As many as 13 countries of the world have expressed their interest in buying Russian S-400 missile systems. They opt for Russian, rather than US weapons despite the threat of sanctions that may follow, CNBC said.

The list of interested countries includes Saudi Arabia, Qatar, Algeria, Morocco, Egypt, Vietnam and Iraq. However, the United States expects several countries to give up their contracts even before Washington puts "diplomatic pressure" on them.

The source also said that buying weapons from Russia is more profitable, because the process of buying weapons from the US government is more complicated. The S-400 comes with a smaller package of export restrictions, let alone the fact that Russian arms are traditionally cheaper and can be used without technical maintenance.

There is no arms system in the United States that could be compared to the ability of the S-400 to defend airspace at such long ranges, CNBC said with reference to its anonymous source. The Russian system can intercept stealth bombers, airplanes, cruise missiles, precision-guided munitions and tactical ballistic missiles, the source added.

Viktor Murakhovsky, chief editor of Arsenal of Fatherland magazine, told Pravda.Ru that the S-400 Triumf system has no competitor in the world. "The Americans cannot offer an alternative. More importantly, many arms companies in the world do not want to be too fond of US weapons, because  it makes them dependent on the United States. Iraq had had such an experience. The Iraqi military had anti-aircraft systems manufactured in Western Europe, and those systems were remotely shut down when Iraq wanted to defend itself from Western aggression. Saudi Arabia is also interested in acquiring S-400 systems, because the country periodically suffers from missile attacks from South Yemen," the expert said.

It is worthy of note that the export version of the S-400 differs from the systems that Russia uses in its own armed forces.