US midterm elections on November 6 are to break turnout records and bring surprises. What do they mean for Russia? 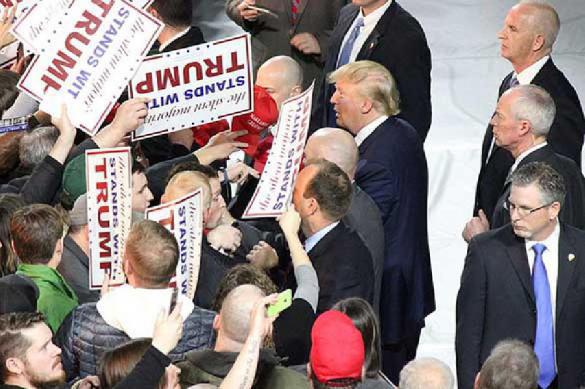 Konstantin Blokhin, an expert at the Center for Security Studies of the Russian Academy of Sciences, told Pravda.Ru that Democrats will most likely be able to gain control over the House of Representatives. There are also so-called "hidden fans" of President Donald Trump, who say that they will vote for the Democrats, but then vote for the Republicans instead, the expert said.

These are the people who do not feel comfortable in expressing their support for Donald Trump because of mainstream opinions in the American society. However, those people ensured Trump's victory in 2016.

According to Konstantin Blokhin, if the Democrats "take" the House of Representatives, Trump will have to fend off those who want "Russiagate" to go on. He will have to coordinate his decisions with them. "The lower house that is hostile to Trump may initiate his impeachment, but will hardly be able to finish it," the analyst said.

Mr. Blokhin is confident that there will be no impeachment, as there is no ground to support all the allegations of Trump's relations with Russia. American citizens, if the topic remains on the agenda, will lose faith in the effectiveness of America's political institutions. "If only they wanted, they would have removed Trump from office long ago, but the American elites have no consensus on this matter," said Konstantin Blokhin.

The November elections will not change anything in the field of US-Russian relations with Russia, the political analyst is sure, since both parties are anti-Russian. "Russophobia is only getting stronger, there's a new generation of hawks coming to replace John McCain. They are more resolute, radical, more ideological, they were formed in the 1990s and are not afraid of war. For them, there are two biggest problems in the world - China and Russia," said the political scientist.