At a session in Strasbourg, the European Parliament announced Oleg Sentsov, convicted of terrorism in the Crimea, the winner of the 2018 Sakharov Prize. 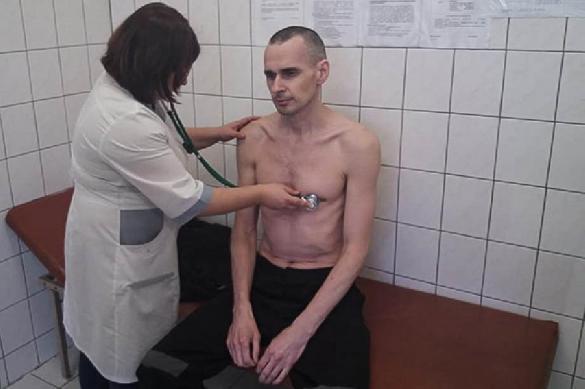 European Parliament chairman Antonio Tajani said that Sentsov was awarded the prize for his courage and stubbornness. The European Parliament, the official added, has thus demonstrated its support both to Sentsov and the values that he defends.

Tajani also expressed concerns about Sentsov's state of health which he had undermined as a result of a long hunger strike. "His struggle endangers his own life, but at the same time, it also points out to the need to defend human rights everywhere in the world under all circumstances," the head of the European Parliament said adding that the "the Sakharov Prize is one of the most important awards presented by the European Parliament."

The award ceremony will be held on December 12. The short list of winners includes non-governmental organisations that protect human rights and save migrants in the Mediterranean region.

The Andrei Sakharov Prize for Freedom of Thought was established by the European Parliament in 1988. It is named in honour of Soviet physicist, one of the leaders of the human rights movement in the USSR, Nobel Peace Prize winner (1975), Andrei Sakharov (1921-1989). The winner receives a diploma and a check for €50,000.

Oleg Sentsov, 42, a native of the Crimea, was sentenced to 20 years in a penal colony on August 25, 2015. The court ruled that Sentsov, whom Ukraine considers its citizen, had founded a terrorist group operating in the Crimea. In the spring of 2014, its members set fire to Simferopol offices of Russian Community of the Crimea public organisation, as well as to offices of the regional branch of United Russia party.

Sentsov went on a hunger strike on May 14 and remained under medical supervision throughout. On October 5, it was reported that Oleg Sentsov ended his hunger strike.

Kremlin explains how Sentsov can be pardoned