Russia eyes Libya to subordinate the West to its will?

Russian GRU officers, mercenaries and advisors have arrived in Libya, The Sun wrote. Representatives of Al-Araby Al-Jadeed asked for clarifications from Russian experts wondering whether the Kremlin was harbouring plans for the region. According to a source in the Russian Defence Ministry, Russia started deploying elite commando units in eastern Libya. 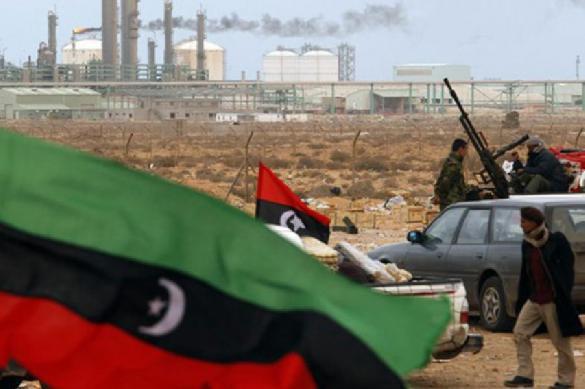 Grigory Lukyanov, senior lecturer at the political science department of the Higher School of Economics, believes that such a development of events was unlikely as Libya is not a zone of Russia's vital interests in the region. Strengthening the military presence of Russian regular forces does not meet the interests of the Russian policy either in Libya or in North Africa.

The analyst added that private military companies are often used all over the world for intelligence, training and special operations. Russia had taken certain steps to restore contracts that were lost due to the toppling of the regime of Colonel Muammar Gaddafi in 2011.

Russia prefers to stay away from all key players to achieve its strategic goal and restore economic and political contacts at an acceptable level, which meets long-term interests of both parties.

The West has already recognised Russia's victory in Syria, but Western officials now scare others with "Russia's plans for Libya." Not that long ago, British publications said that that Russian President Vladimir Putin wanted to make Libya a "new Syria." They even said that Russia, with the help of PMC Wagner, had already built two army bases in the cities of Tobruk and Benghazi.

At the same time, Libya is likely to be more important to Russia from the strategic point of view. This country serves as the center of migrant flows. The one who can control these flows thus obtains  great influence on the European Union. The Greensteam gas pipeline runs through Libya to Italy. The pipeline has the capacity of 10-11 billion cubic meters of gas, which makes it another tool for showing influence on Europe. The war in Libya, unlike in Syria, can be (and will be) self-sustaining and even profitable as mercenaries can gain profit from oil exports. The population of Libya is only 6.2 million against 20 million in Syria. In Libya, there is no such diversity of religions and nationalities as in Syria. This is a homogeneous country. To crown it all, it is much more convenient to conduct hostilities in Libya owing to its desert terrain. From the geographical point of view, the one that controls Libya can control the entire Eastern Mediterranean region. The West will have to negotiate with the victor of the Libyan war, because Western companies have considerable investments in the oil and gas industry of the country. There are no restless neighbours either (like Syria's Turkey and Israel), so one does not have to coordinate their interests with them.