The Ukrainian army has lost most of its munitions as a result of fires at five ammunition depots in the Chernigov region. In 2017, fires at military depots in Kharkov and Vinnitsa regions destroyed up to 70% of munitions. 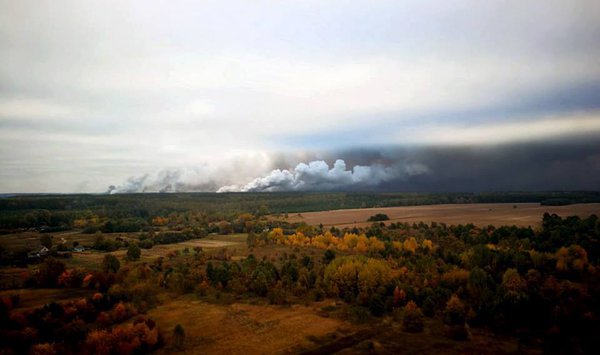 Rodion Timoshenko, deputy chief of the General Staff of the Armed Forces of Ukraine, refused to confirm whether there were 88,000 tons of munitions stored at the depots in the Chernigov region. He only said that the amount of munitions is nearly twice as less.

According to the official, there were mostly small arms stored at the flaming warehouses. There were neither large-caliber artillery systems, nor Buk missile systems there.

However, it was later reported that an explosion that occurred at one of those military depots destroyed a strategic reserve of munitions of the Ukrainian army, adviser to the head of the Ministry of Internal Affairs of Ukraine, MP Anton Gerashchenko said.

"Ukraine is once again losing its munitions, a strategic stock that costs hundreds of millions of dollars. There are shells for 122 mm howitzers, shells for Grad volley fire systems being destroyed in the fire. Ukraine does not make such munitions," said Gerashchenko adding that the fire has destroyed mortar mines and tank shells too.

According to the official, some of those munitions were stored in open air facilities. It was also reported that the fire started as a result of sabotage at the storage facility for 122-mm Grad missiles.