The poisoning of former spy Sergei Skripal and his daughter Yulia in Salisbury overgrows with rumours. No one has ever produced clear evidence of Russia's involvement in the poisoning, but the West continues imposing sanctions against Russia in connection with this incident. 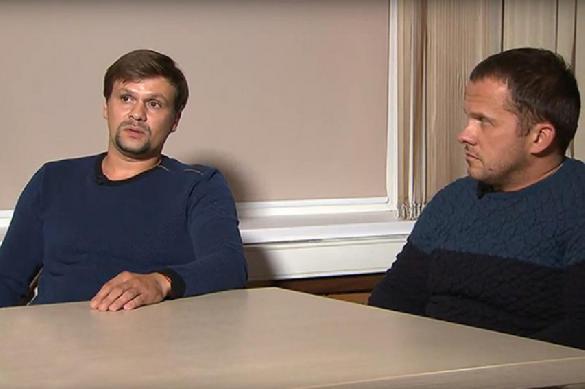 Most recently, it was reported that one of the alleged poisoners of Sergei Skripal - Ruslan Boshirov - is in fact a GRU Colonel, whose real name is Anatoly Chepiga. Supposedly, Chepiga even bears the title of the Hero of Russia.

Evgeny Lobachev, a retired Major-General of the Russian FSB, shared his thoughts on this "investigation" with Pravda.Ru.

"A colonel, a hero of Russia? Jesus, please do not say such a stupid thing ever again! He does not look like one, not even close. If he had been entrusted to go there to distract relevant agencies, he wouldn't have done that. I do not want to say anything about him as a person, but the way that they behaved there in Salisbury does not even come close to how special agents act. This is impossible by definition. It appears that those two people have set themselves up intentionally in most idiotic situations that no agent would ever allow to happen.

"All this information is thinly veined, but Theresa May cannot pedal back on this because she would have to leave office immediately. She only needs to distract people's attention against the grand Brexit failure," Mr. Lobachev told Pravda.Ru