Jaroslaw Kaczynski, the leader of Poland's Law and Justice party, promised that the construction of a canal cutting the Baltic Spit (also known as Vistula Spit) would be an important milestone not only for the development of the economy, but also for strengthening Poland's sovereignty. 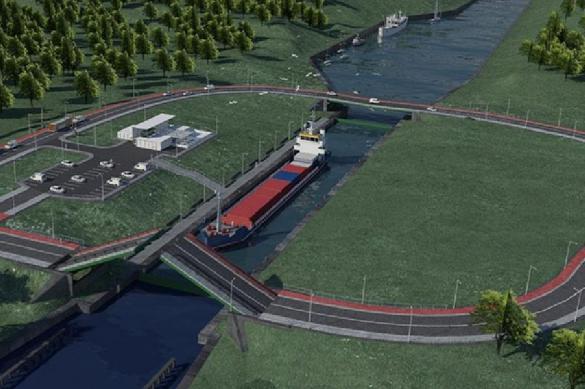 "I do not know who will do it, but someone from the government will start doing it in the near future, because all formalities have been solved," the politician said.

The campaign to dig in the canal will kick off as soon as Poland and the European Union settle all legal formalities. "The times when the Russians dictated to us what we can and can not do on our territory are over," Kaczynski said.

Russia treats Poland's initiative extremely negatively. Poland's move to dig the canal through the Baltic Spit may trigger an ecological disaster. The Polish authorities claim in response that Russia's  Nord Stream-1 and Nord Stream-2 gas pipeline projects harm nature too. "Gas pipelines are being built in violation of environmental safety in the Baltic Sea, but the construction of the canal poses no threat," Jaroslaw Kaczynski said, the brother of late Polish President Lech Kaczynski who was killed in a plane crash over Smolensk in 2010.

Russia has been showing concerns since the time when the information about Poland's ambitious plans was made public for the first time. In 2017, the head of the Ministry of Nature of the Russian Federation, Sergey Donskoi, informed his Polish colleague, Minister of the Environment of Poland Jan Szyszko, that the ecosystem of the Baltic Spit was extremely vulnerable to any type of anthropogenic impact.

Russia hopes that the government of Poland will act responsibly in relation to the unique flora and fauna of the Baltic Spit. Moscow also expects to receive detailed information on the project from Warsaw even before Poland makes a final decision on the construction of the canal.

The construction of a navigable canal will require a whole complex of coastal protection measures, because the soil in the area is mainly composed of sandy rocks. Shallow waters of the Gulf of Kaliningrad will require dredging works to build a fairway for the passage of large-capacity vessels.

The Baltic Spit, or Vistula Spit, is an aeolian sand spit, or peninsular stretch of land, which separates Vistula Lagoon from Gdańsk Bay in the Baltic Sea, with its tip separated from the mainland by the Strait of Baltiysk. The border between Poland and Russia's Kaliningrad enclave bisects it, politically dividing the spit in half between the two countries. The westernmost point of Russia is located on the Vistula Spit. The Polish part contains a number of tourist resorts.