Ukrainian President Petro Poroshenko said during his speech at the Verkhovna Rada (the Ukrainian Parliament) that "The Third Rome of Russia" will soon fall. Poroshenko then duplicated his statement on Twitter. 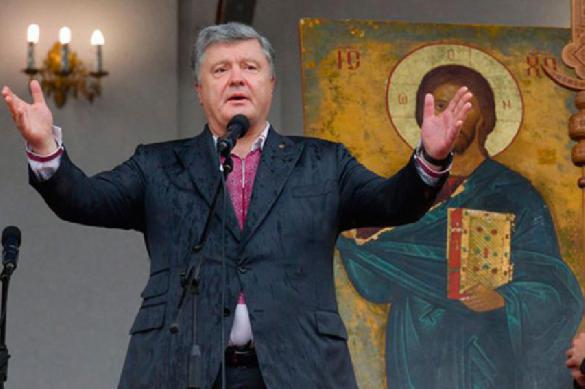 According to Poroshenko, Ukraine and Russia understand the essence of Orthodoxy differently, and this is yet another reason why Ukraine and Russia do not follow one and the same path. The President of Ukraine also called Ukraine the largest Orthodox country in Europe. In his opinion, Ukraine is an excellent example of how democracy and traditions of Christianity can coexist in one  country.

Earlier, Poroshenko pledged not to interfere in church affairs, but, apparently, he could not restrain himself. Russia's western neighbours want to recognise non-canonical religious structures outside the framework and foundations of the Ukrainian Orthodox Church.

It is worthy of note that Poroshenko's confectionary company Roshen spends enormous money on private music parties at the time when the majority of Ukrainians can hardly make their ends meet.