Germany to change strategy of relations with USA 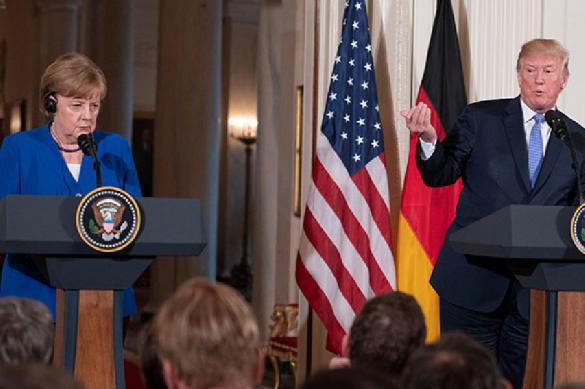 To promote the new strategy, Maas will take advantage of the year of Germany in the United States, which starts on October 3. "It is about time we should reassess the transatlantic partnership in sober, critical and even self-critical ways," the German minister said.

Earlier, Maas noted that the United States and Europe had been moving away from each other for many years to the detriment of their common interests and values.

Maas believes it would be reasonable to follow the idea of balanced cooperation, in which Germany would assume responsibility for this balance. "We will take on the role of a counterweight where the United States has drawn red lines," German Foreign Minister said.

The ultimate goal of Germany's foreign policy is to build strong and independent Europe. At the same time, a balanced relationship with the United States, the minister believes, is possible only in close cooperation with France and other European countries. "The European Union should become a pillar for international order - a partner for everyone. This is what the EU is for, because compromise and balance is in its DNA," Maas said adding that Europe should respond accordingly if the USA crosses a red line.

The relationship between the United States and the European Union worsened after Washington pulled out from the nuclear deal with Iran and imposed trade duties on steel and aluminum. In response, the EU introduced a law to overturn USA's extraterritorial sanctions against Iran on the territory of the European Union. Brussels also imposed additional tariffs of 25 percent on a whole range of commodities from the United States.