President Vladimir Putin, on the eve of the end of the FIFA 2018 World Cup, had a meeting with President of the State of Palestine, Mahmoud Abbas, who arrived for the final game of the football tournament in Moscow. According to Abbas, the organization of the 2018 World Cup in Russia was a success. 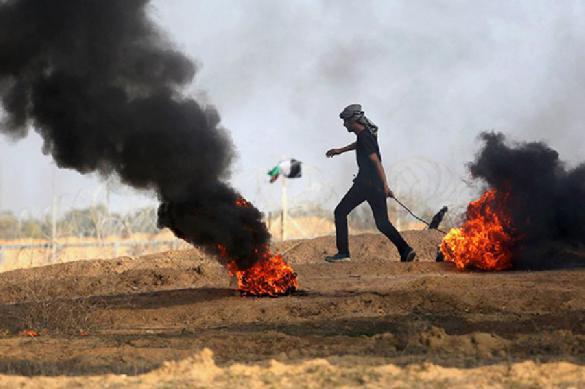 "The organization of this World Cup has already become an example of how such large-scale sports competitions should be organized," Abbas said.

The Middle East and Palestine are "going through very difficult times," and "there is another crisis brewing in the region," Abbas told Putin during the meeting. "First of all, it goes about Israel's attempts and plans about new settlements," the Palestinian president adding that Palestine was very much concerned about the problem. "Thousands of people have to stay awake day and night not to let the Israeli leadership implement those plans," the Palestinian leader added.

"I know that the state of affairs in the region is complex, an I thank you for using such an occasion as the World Cup to come to Moscow," Putin said, addressing to his Palestinian counterpart. Putin  promised to hold consultations with Abbas on the situation around Palestine and bilateral relations between Russia and Palestine.

Israel's continuous attempts to build Jewish settlements in the West Bank of Jordan are one of the obstacles to the resolution of the decades-long Palestinian-Israeli conflict. On December 23, 2016, the UN Security Council adopted Resolution 2334 demanding Israel should immediately cease settlement activities on occupied Arab territories. Israeli officials then stated that Israel would not comply with the provisions of the document. In late August 2017, Israeli Prime Minister Netanyahu said that the Jewish State would continue building and developing settlements in the West Bank of Jordan.