Putin-Trump meeting to decide the future of Ukraine

As it was earlier announced, the meeting between presidents Vladimir Putin and Donald Trump would be mostly devoted to the situation in Ukraine. Some people in Ukraine are worried about their future after the meeting, whereas others hope that the crisis will finally end and everything will get back to normal. 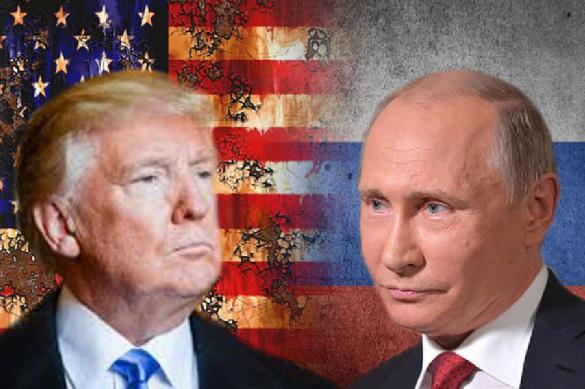 The World Cup that is about to finish in Russia has shown that the Western propaganda machine has failed to create the image of Russia as a monster with "many tentacles." By and large, the Russians and the Ukrainians are close to each other.

Ukraine tried to boycott the World Cup. Ukrainian ministers for foreign affairs and for sports had written a few tearful letters to their foreign counterparts. As a result, it was only the UK that supported Ukraine, but purely for its own reasons. More than 5,200 citizens of Ukraine bought tickets and visited the tournament in Russia.  Ukraine's first national television channel refused to broadcast the games. Two sports TV channels belonging to oligarch Rinat Akhmetov took the same "patriotic" position. However, Inter TV channel snatched away the broadcasting rights, and the Ukrainians could enjoy the football festival on their TV screens.

More than five million viewers watched the two matches of the Russian national football team against Spain and Croatia. In Ukraine, many were supporting Russia. After the initial successful performance of the Russian team, residents of Kiev, Kharkov and other cities of Ukraine were vigorously expressing their joy. Of course, even those who were vehemently opposed to the broadcast of the games in Ukraine were watching them with great interest.

Most Ukrainians want to have good neighborly relations with Russia and express their utter disagreement with the policy of the Kiev authorities. What do Ukrainian politicians and experts think about this?

"Kiev needs to change its rhetoric about Moscow," said Verkhovna Rada deputy Viktor Bondar, "It's time to stop traveling around the world asking other countries to continue putting pressure on Russia, imposing sanctions on Russia and asking for weapons. All this will only lead to responsive measures. Instead of making threats, we should launch the economic revival of the state. When Ukraine becomes rich and strong, we will be reckoned with. If we launch radical changes in the economy of Ukraine, Moscow will see that the situation in Ukraine is getting better, and Russia will see that Ukraine is going in the right direction. So far, we are fighting and fighting, making matters worse and worse," the official said.

Can Ukraine do what the MP said?

"It's been more than four years, but the Kiev authorities are still uncertain who is to blame and what to do. No one will give Kiev low-interest loans. Washington has already taken what it wanted from Ukraine - Maidan riots. The Americans did not have a goal to make Ukraine become a progressive Eastern European state," political scientist and economist Alexander Dudchak believes.

The head of the Ukrainian Analytical Center, Alexander Okhrimenko, believes that the Ukrainian banking system is unable to attract Western investors. "After the things that former head of the National Bank Valerya Gontareva has done to our banking market, no European bank wants to hear anything about Ukraine. Neither US nor European banks will come to Ukraine in the next 10-20 years," the expert says.

As for the political course of Ukraine, it can change only if the country's administration changes, Alexander Dudchak said. "For the sitting Ukrainian administration, Russophobia and anti-Russian rhetoric make the basis of the shaky ideological construction on which both the domestic and foreign policies of Ukraine are based. Without the presence of an external enemy, this power is unable to explain all its catastrophic failures, the loss of territories and the population - both because of migration and the armed conflict in the Donbas," the political scientist said. "The Kiev authorities know perfectly well that there is no such thing as isolation of Russia. They know that Ukrainian citizens ignore calls to boycott the World Cup in Russia. Those who can afford it - they go to Russia, those who can not - they stay at home and watch the games on TV. The Kiev administration  is unable to adequately respond to reality," he added.