Ukrainian Fleet is rotting away

Ukrainian warships are rotting away. An article posted on the Moskovsky Komsomolets newspaper  said that Kiev forgot about its fleet as soon as the Crimea voted to reunite with Russia. 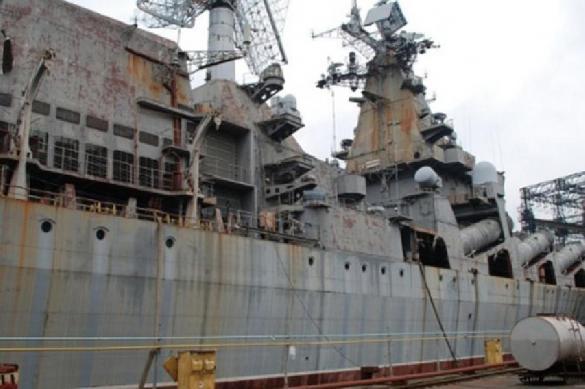 The Hetman Sagaidachnyi frigate has become the symbol of the dying Ukrainian navy. The ship can  now travel only with the help of oars, the article said. Another "dead" ship is the Yuri Olefirenko frigate: it seems that she can fall apart and crumble any moment.

To make matters worse, Ukrainian marines are not marines anymore. They have turned into ground troops, as nearly all of the Ukrainian coast guard was integrated into the 36th Nikolaev Brigade.

The headquarters of the Ukrainian Naval Forces was, until the 2014 Crimean crisis, situated at Sevastopol in Crimea.The Naval Forces of Ukraine were highly affected by the Crimea Crisis as majority of their units were stationed there. Ships that did not escape or were not deployed at the time lowered their flags and were interned. Russia began a process of returning the vessels but stopped, citing inability of Ukraine to retake possession and continued violence against Russians in the Donbass. The ships that were returned were the older models of the fleet that were deemed obsolete. For example, Russia chose not to return the corvettes Ternopil and Lutsk, both of which are some of the newest ships of the Ukrainian fleet. However, none of the Ukrainian naval units retained were absorbed into the Russian Navy.