Russian Foreign Minister Sergei Lavrov said that the statements from the Ukrainian authorities about Russia's involvement in the assassination of journalist Arkady Babchenko in Kiev were a "sad fashion." 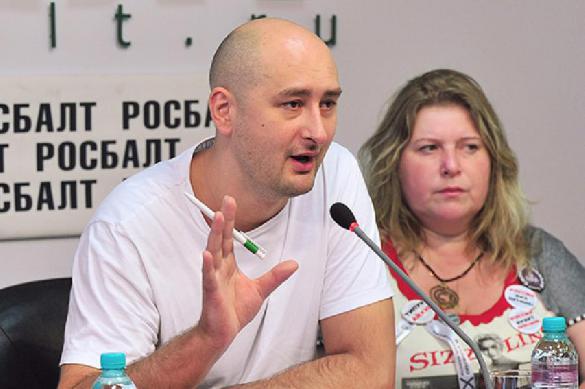 Ukrainian Prime Minister Vladimir Groisman stated that Russia could be involved in the crime, even before the investigation began, Lavrov said.

"This fashion, set by the authors of this kind of international affairs, is very sad," Lavrov said. "But, as you can see, many people pick it up, especially those who, like our Ukrainian neighbours, enjoy total impunity owing to their Western curators," Russian Foreign Minister Sergei Lavrov said.

Lavrov said that the assassination of Russian journalist Arkady Babchenko in Kiev was a tragedy.

The Russian Foreign Ministry demanded the Ukrainian authorities should make every effort to promptly investigate the assassination. "The level of physical violence, assassinations of media employees in this state [Ukraine] has been growing steadily, and their investigations do not lead to the punishment of criminals," a statement from the ministry said. The Foreign Ministry also brought condolences to Babchenko's relatives.

Russian journalist Arkady Babchenko, who lived in Ukraine, was shot dead in his apartment building in Kiev on the evening of May 29. His wife called the ambulance, but the man died on the way to hospital.

Ukrainian Prime Minister Groisman assumed that Moscow could stand behind the journalist's assassination, because the "Russian totalitarian machine" could not forgive the journalist his political views. Ukrainian Foreign Minister Pavel Klimkin also assumed that the hand of the Kremlin could be involved in the crime.

Groisman said that Arkady Babchenko was vehemently opposed to Russia's stance as far as the crisis in Ukraine was concerned. Ukrainian Foreign Minister Pavel Klimkin said at the meeting of the UN Security Council in New York on May 29 the following: "It's too early to say who is behind this, but our understanding of similar cases makes us believe that Russia is using other types of tactics to destabilise Ukraine, in particular, carries out terrorist attacks, conducts subversive activities and political murders," Klimkin said. He recalled that Babchenko was forced to leave Russia because of the threats that he had received. "He continued fighting for democratic Russia, for Ukraine, and, of course, Moscow always regarded him as an enemy," Klimkin said.

Russian journalist Arkady Babchenko was killed in the apartment building where he lived in Kiev on the evening of May 29. The assassin followed him inside and shot him three times in the back.