Chief Military Prosecutor of Ukraine Anatoly Matios said that the Ukrainian Armed Forces lost 3,800 servicemen since the beginning of hostilities in the Donbass. 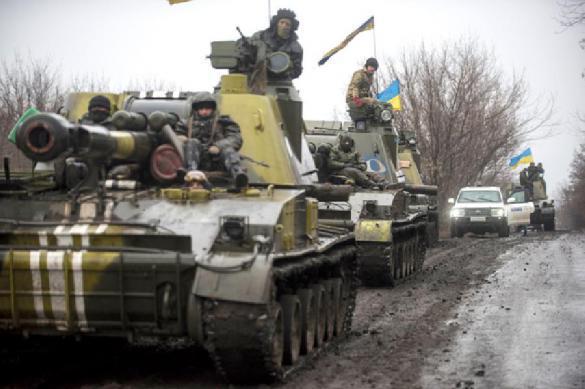 "The status of combatant was granted to almost 326,000 people, 8,489 of them suffered injuries, 3,784 servicemen were killed, at least 554 committed suicide," Matios wrote on his Facebook page.

In 2018, due to the lack of regulatory documents in Ukraine, there were no centralised measures taken for the psychological rehabilitation of military men. This may explain 554 suicides.

It is worthy of note that veterans of the so-called anti-terrorist operation in Ukraine may often get attacked by unknown individuals, who do not feel grateful for their efforts to kill fellow Ukrainians in the Donbass for money.