G7 wants to hold Russia responsible for everything

Foreign Ministers of G7 countries intend to release a tough statement about their policies in relation to Russia's foreign politics. 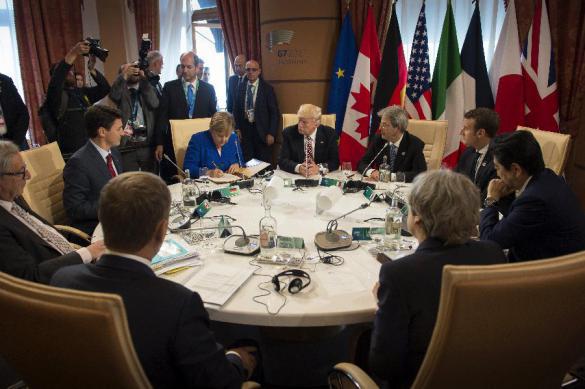 According to sources, the ministers will point out the need for dialogue with the Russian Federation in a number of important international problems. Nevertheless, the issues of Syrian and Ukrainian  crises remain open, Interfax reports.

German Foreign Ministry Heiko Maas appealed to Russia to help regulate the Syrian crisis. According to him, the Syrian conflict cannot be solved without Russia's participation. In return, however, one needs constructive proposals.

G7 foreign ministers will gather for a meeting to discuss issues of cooperation with Russia, efforts to denuclearize the Korean Peninsula, the crisis in Syria and the state of affairs in the Middle East region, including the Palestinian-Israeli conflict.