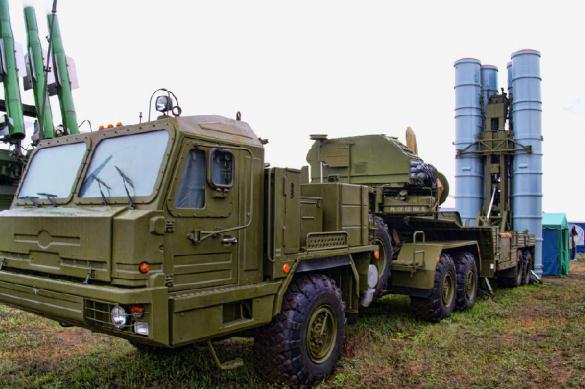 Several cargo ships entered the Syrian port of Tartus, where the Russian naval base is located. It is believed that the vessels have arrived from the Russian port of Novorossiysk, but nothing is known about the cargo that the ships are carrying on board, news.com.au reports with reference to sources in Syria.

It was said that the ships were unloaded secretly, under the guise of a smokescreen. In addition, there was special gas sprayed in the unloading area of the port to jam satellite and UAV tracking systems.

The Russian ships may have delivered military hardware to Syria, for example, S-300 air defense systems and other arms. Russia promised to supply air defenses complexes to the Syrian government after the recent missile attack that the Western coalition conducted on the country on April 14.

"Several years ago, taking into consideration persistent requests from some of our Western partners, we refused to supply S-300 air defense systems to Syria. However, against the background of what has happened, we believe it is possible to revisit the issue, and not only with regard to Syria, but other countries too," Sergei Rudskoy, the Chief of the Main Operations Directorate of the General Staff of the Russian Armed Forces earlier told Rossiya 24 television channel.

On April 20, Russian Foreign Minister Sergei Lavrov confirmed that Russia could supply air defense systems to Syria. "We have no moral obligations. We had moral obligations before, we promised not to do it about ten years ago, at the request from our well-known partners. We took into account their argument that such a move could destabilize the situation in Syria, although these are purely defensive weapons. Now we have no such moral obligation," Lavrov said in an interview with RIA Novosti.