On April 11, Russian warships kicked off naval exercises near the coast of Syria, a message in the international notification for aviation personnel (NOTAM) and navigational warning for seafarers said. 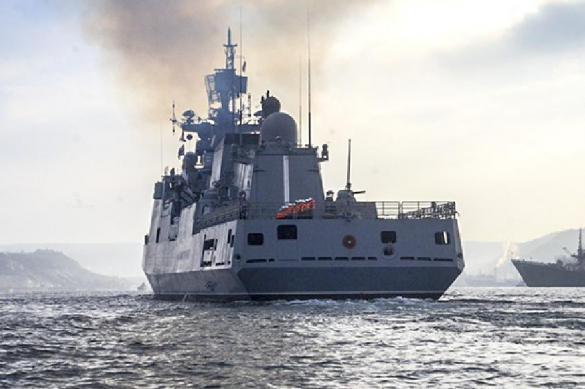 The message contains coordinates of the closed area and states the fact of firing exercises. The area of the exercises located in international waters of the Mediterranean is adjacent to the sea border of Syria. It will be closed on April 11-12, April 17-19 and on April 25-26 from 10 to 18 Moscow time.

Russia currently has about 15 warships and logistics vessels of the Black Fleet in the Mediterranean Sea, including Admiral Grigorovich and Admiral Essen frigates(they carry Caliber cruise missiles), as well as submarines.

According to The National Interest, the US Army is likely to use AGM-86B and Tomahawk cruise missiles, as well as F-22 Raptor fighters and B-2 Spirit bombers in the event the US administration decides to attack Syria. The publication also said that Russian S-300 and S-400 missile systems would not be able to intercept these weapons of the US Armed Forces.