Sarkozy's crocodile tears (and his last dream is broken)

Nicolas Sarkozy, a political bulimic, as Libération called him. And he remained even after political defeats and judicial processes. It was also in these hours, in a cage in the judicial police offices of Nanterre, questioned about the suspicions of Libyan funding in the 2007 presidential campaign. 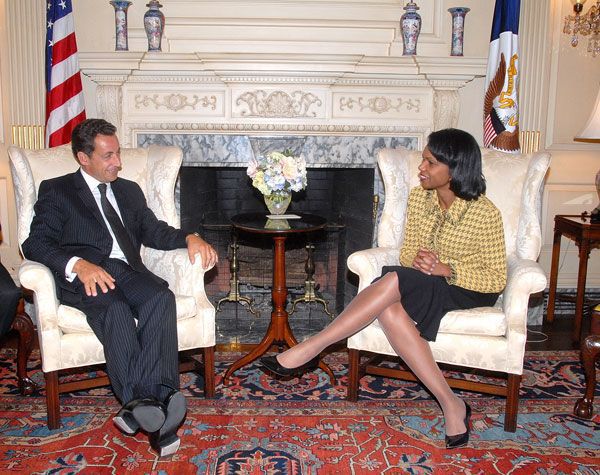 The bulimia of the 63-year-old former president of the French Republic, former minister de n'importe quoi and former mayor - has remained indispensable until today. Yes, because - as reported by various French media - before ending up in custody on the orders of the anti-corruption magistrates, Sarkò was preparing his return. "To lose is always difficult, but to think that we let him handle this shit has something delicious", he said in the face of the defeat with François Hollande in 2012. And here he is again trying to rise to the fore. At least until a few days ago.

In fact, in the last few months, the former président bling bling had multiplied his appearances: a speech in the Senate on his constitutional review of 2008, interventions on the media in support of a campaign against childhood cancer and even on his literary tastes or his passion for sport.

"Not bad for a pensioner", he had commented in these days another source of his party, evoking the strategy used after 2012 by the former head of State who had regained the leadership of the then UMP (renamed Les Républicains) to look for his revenge, never happened, with Hollande.

Because Sarkozy, after all - despite the impeccable sobriety of his speeches of defeat, both in 2012 and in November 2016 - had never thought of really leaving the political scene. And even now with the young président de la République Emmanuel Macron at the Élysée he managed to step aside: "Macron? He's a bit of a man and a bit of a woman, as he's in fashion now. Androgynous ", he had joked months ago.

Gifted with great communicative enthusiasm, of a dialectical ardor linked to his gestures with shots - unforgettable (unfortunately) his Casse-toi, pauv'con (disappear, poor asshole Ed) aimed at a boy who had refused to shake his hand - Sarkozy has had throughout his political career (mayor, deputy, minister, president of the party, head of state) the gift of being loved and hated at the same time by public opinion. France was already disappointed immediately when, after having elected him president of the Republic, Sarkò snubbed the citizens in the Place de la Concorde to run to celebrate among the bankers at Fouquet's.

After twenty-six hours of interrogation, the indictment has arrived: Nicolas Sarkozy is formally investigated for passive corruption, illegal financing of the electoral campaign and concealment of Libyan public funds. The former number one of the Elysée from 2007 to 2012 would have received five million euros in cash from Gaddafi for the financing of his electoral campaign.

Before returning - under judicial control - to his house in the sixteenth arrondissement, Sarkò tried to defend himself, speaking of "slander" and "lack of evidence". "How can I say that I have fostered the interests of the Libyan state?" Sarkozy says among crocodile tears. And then he continues, proud of his work: "I was the one who obtained the mandate of the UN to hit the Libyan State of Gaddafi. Without my political commitment, this regime would probably still be present".

But the "little French half-breed" after being indicted in 2017 for illicit funding during the 2012 electoral campaign, after being accused in an open inquiry on the commissioned polls without a competition during his presidency and after being finished - now - indicted for alleged funding from Libya is definitely with his back to the wall. And this time not even his political bulimia will succeed in saving him.