NATO will cut the staff of Russia's permanent mission at its headquarters from 30 to 20 people. In addition, NATO will deny ten diplomats accreditation. However, the window for a dialogue with Moscow remains open, the secretary general of the alliance said. 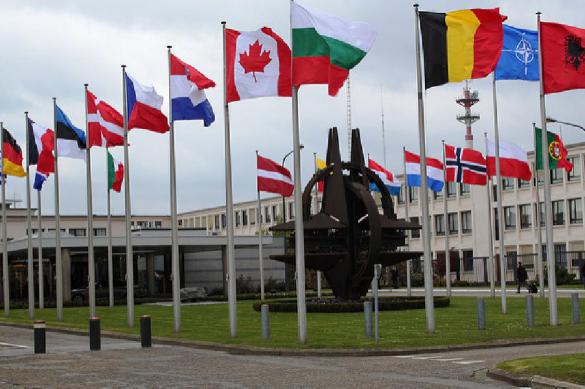 The staff of the Russian mission at NATO headquarters is to be reduced from 30 to 20 people, NATO Secretary General Jens Stoltenberg said at a press conference.

"I have today withdrawn the accreditation of 7 staff of the Russian mission to NATO. I will also deny the pending accreditation request for 3 others," said Stoltenberg. "This will send a clear message to Russia that there are costs and consequences for their unacceptable pattern of behavior," he added.

These decisions come as a continuation of the diplomatic demarche of the countries of the West due to the use of the nerve agent in the UK.

On March 26, more than 20 countries announced their intention to expel Russian diplomats in solidarity with Britain because of the poisoning of former Russian spy Sergei Skripal in Salisbury.  Former GRU officer Sergei Skripal and his daughter Yulia were poisoned on 4 March.

As of midday on March 27, 23 countries in total have announced the expulsion of Russian diplomats in connection with the Skripal case: 16 countries of the European Union, the USA, Canada, Albania, Macedonia, Norway, Ukraine and Australia. The USA will expel the largest number of Russian diplomats - 60 people in total.