Trump does not plan to congratulate Putin

Two days have passed since the presidential election in Russia, but even on March 20, Vladimir Putin has not received congratulations from his US counterpart Donald Trump. According to US officials, Trump does not even plan to call Putin. 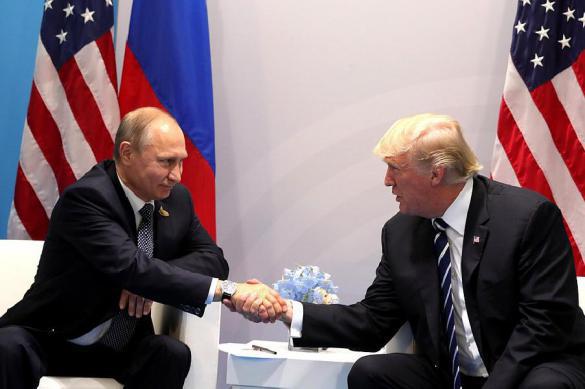 Vladimir Vasiliev, chief researcher at the Institute of the USA and Canada, told Pravda.Ru that such non-diplomatic behavior is connected with USA's solidarity with the UK on the case of Sergei Skripal. "If Trump congratulates Vladimir Putin now, he would then let down British Prime Minister Theresa May, who started the mess and does not know how to clean it now. Plus, this attitude shows how biased the political elite of the West can be about Russia," the expert told Pravda.Ru.

Having started the case of Sergei Skripal, the West wanted to interfere in the Russian election and destabilize the situation in Russia to subsequently show influence on the outcome of elections and recognize them illegitimate.

However, Trump and May have failed to attract Emmanuel Macron and Angela Merkel to their coalition, given the fact that the leaders of France and Germany have congratulated Putin. The sitting Russian administration can now outlive the Trump administration. According to Vladimir Vasilyev, the current state of affairs in the USA remains unstable. America has been alienating itself from the Republican Party lately, and chances to elect a new president in the USA in 2020 are high.