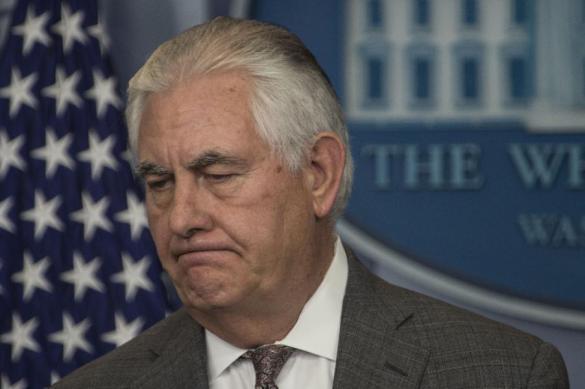 CIA Director Mike Pompeo is expected to take Tillerson's position as the new US Secretary of State, news agencies report. According to Trump, Pompeo will be best for the job.

"I am proud to nominate the Director of the Central Intelligence Agency, Mike Pompeo, to be our new Secretary of State," Trump said. "Mike graduated first in his class at West Point, served with distinction in the U.S. Army, and graduated with Honors from Harvard Law School. He went on to serve in the U.S. House of Representatives with a proven record of working across the aisle," Donald Trump said.

Trump thanked Tillerson for his service, and named the new CIA chief.

"Gina Haspel, the Deputy Director of the CIA, will be nominated to replace Director Pompeo and she will be the CIA's first-ever female director, a historic milestone. Mike and Gina have worked together for more than a year, and have developed a great mutual respect," Trump added.

Pompeo had been chairing the CIA since January 2017. He has repeatedly stated that Russia interfered in the election of the US president, and claimed that Russian special services may show influence on the outcome of the mid-term elections to Congress in the fall of 2018.

Rex Tillerson, the head of ExxonMobil oil corporation, was appointed for the post of the US  Secretary of State in December 2016. In December 2017, the president called fake news about the retirement of Rex Tillerson from the post. Trump then said that Tillerson was not leaving the job, although they had disagreements on certain issues.