In 2018, Germany is to triple the quantity of troops to be sent for NATO exercises to contain Russia, Spiegel Online wrote. 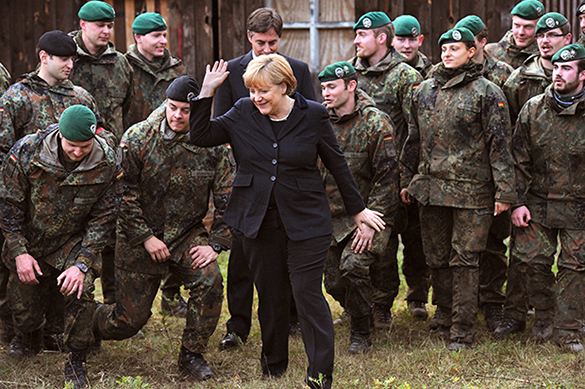 The manoeuvres are to send a clear message to Vladimir Putin that interference in NATO's actions will lead to serious consequences for him.

As many as 12,000 German soldiers are to take part in exercises on the eastern and northern flanks of NATO. Last year, the number of German soldiers participating in the drills was three times less.

In 2018, NATO is going to hold one of its largest exercises with up to 40,000 military personnel participating. The drills will cost Germany 90 million euros.

Earlier, it was reported that Bundeswehr tanks were too old to intimidate Russia. Germany plans to introduce new Puma army vehicles for NATO's rapid reaction forces. However, it appears that Puma vehicles have obsolete weapons, additional equipment is expensive, and there is no time to do anything about it. Germany needs an extra €500 million is required to have 40 tanks prepared for the "mission."