Tariq Ramadan: We Choose Justice and the Presumption of Innocence

Tariq Ramadan: We Choose Justice and the Presumption of Innocence 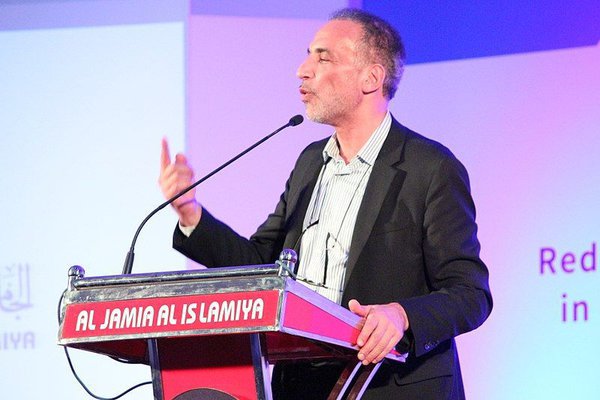 We the undersigned feminists, academics, professionals and human rights activists, today turn our attention to the manner in which media, victims or purveyors of disinformation have accused and harassed Tariq Ramadan in a campaign that amounts to no less than a public lynching.

We stand for parity between women and men, and we are definitely in no hurry to hang a man, evidence free. To be a feminist does not mean being against but rather together with; no better and no worse than any other person.

What we see today in the mass media and social networks, from every side, is neither neutral nor favorable either toward Tariq Ramadan or Henda Ayari who, we repeat, are both plaintiffs. There is not yet a guilty party and a victim. Two persons stand on equal footing before the law, equal before the courts, equal in their search for justice.

We abhor a media circus that has all the attributes of a witch-hunt. A man has been demonized through articles based on rumor and without a shred of proof; a vulnerable woman has been exhibited on television talk shows; both are victims of the media circus.

Yes, every woman who denounces an aggressor performs an act of liberation, as does every man. One's word is one's word. The presumption of innocence exists precisely to safeguard the integrity of that word. It guarantees each person's right to seek justice when that person feels he or she has suffered an injustice. Also known as the rule of law.

We are not judges, nor are we an ignorant multitude. We are witnesses to the way of the world; responsible for the way our acts, our voices and our silences are used. Freedom of expression must not give way to the urge to destroy.

No #MeToo without proof. Only a man and a woman, equals before the law.

As human rights activists, in a spirit of benevolent neutrality, we testify that we have never witnessed the kind of acts described in the press or by certain feminists that consist of rumor, not fact; of judgment, not careful analysis. We express today our total confidence with regard to Tariq Ramadan. It is a confidence that levels no accusation but instead testifies to a man's character. We have never perceived in him anything resembling malevolent, spiteful, perverse or unseemly behavior. We hereby attest to his integrity.

This letter is an appeal for caution, and for full exercise of the responsibility that is ours at this moment. It is our wish that justice be done in an atmosphere of full impartiality and composure, in full respect of the law and of ethical values.

We stand today and always will stand alongside victims and the oppressed.