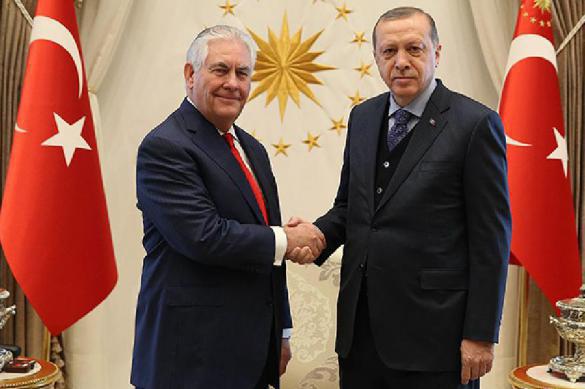 During the visit of US Secretary of State Rex Tillerson to Turkey, Turkish and American officials intend to take measures to normalise relations between Turkey and the United States, Turkish Foreign Minister Mevlut Cavusoglu said at a joint press conference with the US Secretary of State.

"At our common will, we agreed to normalise the relations, but the US has repeatedly given us promises that they have not kept. We talked about the ways to bring decisions to life, we have decided to create a mechanism for solve these problems," the Turkish official said.

The US recognises Turkey's legitimate right to ensure the security of its borders, Secretary of State Rex Tillerson said during the visit to Turkey.

The head of the US State Department urged Ankara to "show restraint" during the operation in Syria's Afrin to minimise casualties among civilians. He also called on Turkey to avoid actions that could escalate tensions in the region.