Former Shell CEO Jeroen van der Veer stated that it was him, who told the story of Dutch Foreign Minister Halbe Zijlstra about the meeting with Russian President Vladimir Putin. 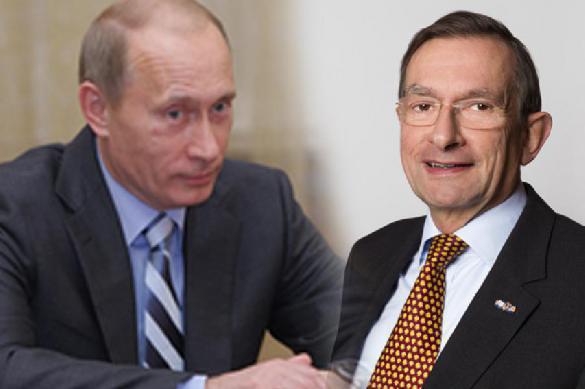 According to him, the minister could misinterpret the words of the Russian leader. Dutch Foreign Minister Halbe Zijlstra earlier admitted that he lied about his presence at a meeting with Putin at his summer residence in 2006. After the meeting, Zijlstra had repeatedly stated that during that meeting he personally heard Putin calling Belarus, Ukraine, the Baltic States and Kazakhstan parts of "the Great Russia." Not that long ago, however, Zijlstra said that there was no such meeting, and he was trying to protect the real participant of history, from whom he had heard the information.

In turn, Jeroen van der Veer said that "the Great Russia was greater than today's Russia historically" so it was logical that the minister interpreted Putin's words as a desire to influence the country's territory.

Representatives of the Dutch authorities said that the Foreign Minister would remain in office, although he committed an "unreasonable" act. Representatives of the opposition demanded the incident should be discussed at the parliament before the meeting of the minister with his Russian counterpart Sergei Lavrov.

Dutch Foreign Minister Halbe Zijlstra explained his lies by saying that he found the information about the meeting with Putin part of an important geopolitical story that, in his opinion, could have potentially serious consequences.

Halbe Zijlstra is expected to have a meeting with Russian Foreign Minister Sergei Lavrov in Moscow this week.