The Pentagon has published a report, in which it was acknowledged that 50% of fifth-generation F-35 fighters were not suitable for combat action. Specialists have not been able to resolve a lot of technical deficiencies, which the renowned aircraft had been repeatedly criticised for, reports Bloomberg. 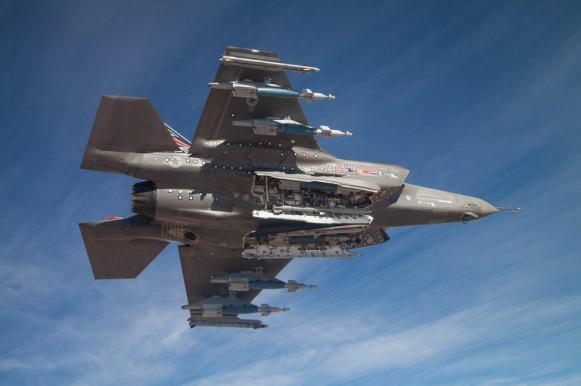 The efforts made have failed to improve the reliability of the fighters since 2014, despite the growth of their number. Improved versions of software for the fighter have had 31 updates, but key shortcomings have not yet been corrected.

Thus, as many as 1,000 flaws make the F-35 fighter aircraft just common aircraft.

For example, F-35B modifications for the Marine Corps and F-35C for aircraft carriers cannot be refuelled in the air. Technical defects affect the launch of AIM-120 air-to-air missiles and the release of air-to-surface munitions. The display in the helmet of the pilot, which shows data about the flight and the targets, does not work correctly, whereas the imperfect diagnostic system detects "failures" of systems that actually function normally.

To make matters worse, the Pentagon considers it necessary to reduce the cost of the program of the development of the F-35 that has taken 16 years already. The USA intends to speed up the production of the fighters, despite all problems.