On January 15, two British Eurofighter Typhoon fighters took off from the Lossiemouth airbase in Scotland to intercept Russian Tu-160 bombers. 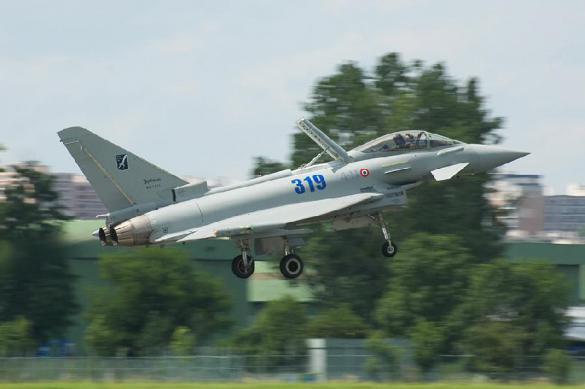 According to Airlive.net, at 14.15 MSK, two Tu-160 bombers of Russia's Air Force were flying above the North Sea.

A British air tanker took part in the operation as well to accompany the fighter aircraft. The Belgian Air Force confirmed that two Belgian F-16 fighters and French air tanker C-135FR Stratotanker were also in the air.

Russia's strategic Tu-160 bombers regularly fly over the North Sea, and British aircraft periodically take off to intercept and escort them.

Officials with the Russian Defence Ministry explained that the Tu-160 carried out the flight over neutral waters in strict accordance with international rules.

In the even NATO reconnaissance aircraft cross the state border, Russian military aerial reconnaissance systems have the full right, in accordance with international law, to force such aircraft to land. If they ignore the requirement and continue moving further to military or secret civilian objects on the territory of Russia, the latter has the right to destroy transgressors.