Surviving Gaddafi to run for president of Libya 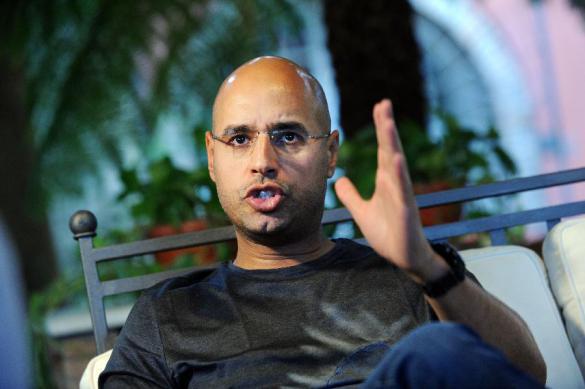 The politician plans to reach an agreement with all parties to the conflict in Libya and ensure security and stability in the country.

In the summer of 2017, al-Islam was released from prison having served a term of six years (he was released on amnesty). According to Al Arabiya, Saif al-Islam has been engaged in politics from a young age and repeatedly represented Gaddafi in international negotiations.

After graduating from the Al-Fateh University with a degree in architecture, he established the International Fund for Cooperation in the Field of Charity in 1997. Saif al-Islam also participated in the negotiations on the release of hostages from among representatives of international humanitarian missions.

Al-Islam also advocated the stabilisation of relations between Libya and the West. Nevertheless, in June 2011, the Hague International Criminal Court issued an arrest warrant for Muammar Gaddafi, Saif Al-Islam and Libyan intelligence chief Abdullah al-Sanusi, who had been charged with crimes against humanity.

Hillary Clinton's hacked email correspondence revealed the motives of international intervention in Libya - gold. Gaddafi's gold reserves were so large they could become the basis for creating a Pan-African currency, which, in turn, could compete with the US dollar in the region. Major oil reserves of Libya and the strengthening of the French influence in North Africa were also among the reasons for the intervention. A few years after the "democratic" revolution of 2011 committed by the Libyan opposition with the support of the US and NATO armies, Libya, formerly a prosperous country on the African continent, turned into a hotbed of terrorism and violence.