Representatives of the North Korean administration issued a statement saying that the United States and its allies have lost the "political and military confrontation" to the DPRK. 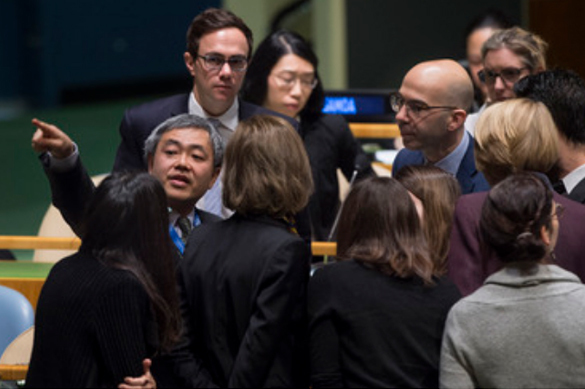 A press release issued by the Permanent Mission of the DPRK to the United Nations says that the meeting of the Council, held at the initiative of the United States and Japan, not only disregarded  the Charter of the Organization, but also serves as an act against the will of the majority of UN member states.

The statement also notes that "the Korean people will continue strengthening and developing the Korean socialist system, where human dignity has reached the highest level."