In accordance with the law passed by the Ukrainian parliament, the days of January 7 and December 25 (when the world celebrates Orthodox and Catholic Christmas) were announced  non-working days in Ukraine. 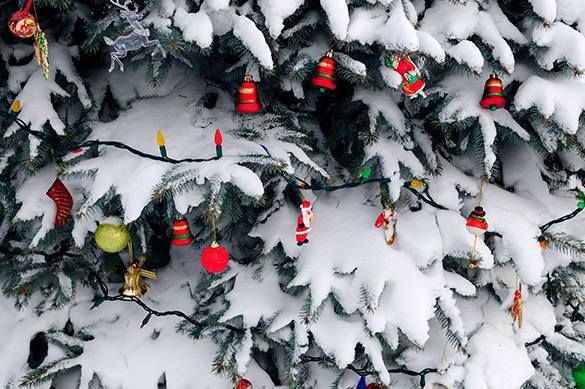 Ukrainian MPs have thus amended the Labor Code. December 25, when the Catholic world celebrates Christmas, is traditionally a common working day in Orthodox counties that celebrate their Christmas on January 7. However, according to new regulations, Ukraine will now officially have two non-working Christmas days - both on December 25 and January 7.

The difference in celebrating Christmas in the Christian world is based on the calendar. January 7 is the day when Orthodox Christians and Greek Catholics celebrate Christmas on the Julian calendar, whereas Catholics and Protestants adhering to the Gregorian calendar celebrate their Christmas on December 25.

The explanatory note to the new Ukrainian law says that about a third of all Christian communities of Ukraine consider December 25 a holiday.

"Moreover, most Christian churches of the world celebrate Christmas on December 25th. For many Ukrainians, this date is also acceptable, given the optimisation of celebrating the religious holiday of the Nativity of Christ, which is accompanied by fasting, and the secular New Year," the explanatory note says.

The law will come into force the day after its official publication. Thus, if Ukrainian President  Petro Poroshenko supports the initiative of the parliament, the Ukrainians will have a day off on December 25, 2017.