USA pulls out from UNESCO because of biased anti-Israeli resolutions

The United States of America has pulled out from UNESCO - the United Nations Educational, Scientific and Cultural Organisation. The US State Department has notified the organisation of the move having referred to arrears on membership fees, the need for the reform of the organisation and  its "anti-Israeli resolutions." 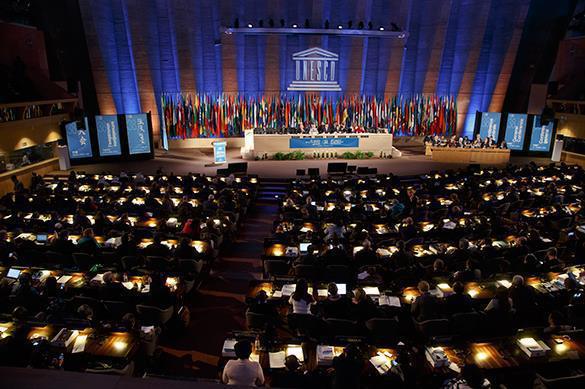 The head of UNESCO, Irina Bokova, expressed regret about Washington's decision which she learned from US Secretary of State Rex Tillerson, RIA Novosti reports.

Earlier, it was reported that the Unite States was planning to exit UNESCO. According to Foreign Policy magazine, the US was willing to remain in the agency as an observer.

Representatives of the US administration announced earlier that they would like to leave UNESCO to save funds and thus express protest against the adoption of anti-Israel resolutions at the organisation.

US Secretary of State Rex Tillerson discussed the question a few weeks ago on the sidelines of the UN General Assembly held in New York, including at the meeting of US President Donald Trump with his French counterpart Emmanuel Macron.