Russian Air Force destroyed 12 field commanders of Jabhat al-Nusra terrorist organisation in Syria (the terrorist group is banned in Russia). The leader of the terrorist group, Abu Mohammed al-Julani, suffered serious injuries as a result of the air strikes, officials with the Russian Defence Ministry said on October 4. 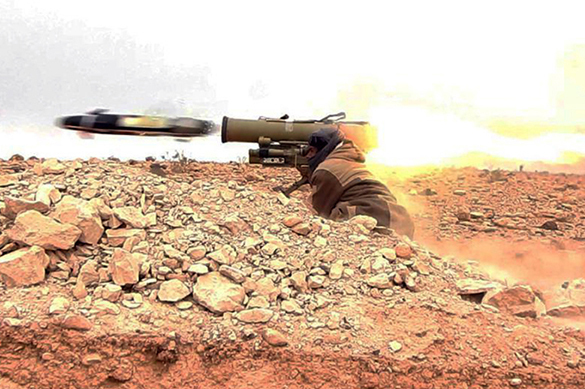 According to the Defence Ministry of the Russian Federation, the Russian Armed Forces destroyed more than 60 Jabhat al-Nusra terrorists, including field commanders. "Together with a large number of guards - about 50 people - 12 field commanders of the terrorist group were also killed, including Al-Julani's closest aide and head of the security service of the group, Ahmad al-Ghizai," Konashenkov added.

More than ten other fighters of the terrorist organisation received various injuries as well as a result of the air strike of the Russian Air Force. According to Konashenkov, the air strike was inflicted on Tuesday by Su-34 and Su-35 aircraft.

The whereabouts of Jabhat al-Nusra leaders were established during a special operation to destroy terrorists who attacked the observation post of the Russian military police on the border of the de-escalation zone in the province of Idlib on September 18.

Igor Konashenkov said on Wednesday that the Russian military intelligence obtained information saying that the leadership of Jabhat al-Nusra terrorist group was gathering for a meeting on October 3, and the command of the group of the Russian Air Force in Syria made a decision to strike them.