Another Russian contract serviceman was killed in Syria. The serviceman, Vladimir Tarasyuk, was killed "while performing military duty in Syria," the Kommersant reports. 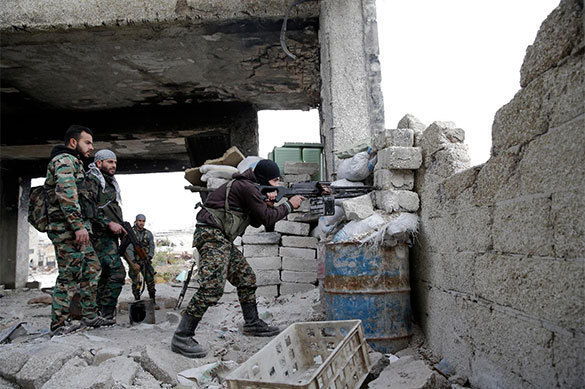 On September 16, Tarasyuk, a colonel and a general were returning to the base when they were ambushed by terrorists.

The man suffered a splinter wound in the head and bleeded out. The militants did not allow a Russian helicopter to land in the area to pick up the wounded, and there was no time to save the serviceman.

On September 20, the Russian Defence Ministry said that three Russian soldiers were injured when repulsing an attack of Jabhat an Nusra terrorist group in the Syrian province of Idlib. The battle took place in the zone of de-escalation when the blockade of the troops surrounded by terrorists was being lifted.

In early September, the Russian Defence Ministry confirmed the death of two Russian contract servicemen who were killed as a result of mortar attack that ISIL terrorists conducted. The two  military men were escorting an automobile column of the Russian Centre for the Reconciliation of Warring Parties.