US State Department does not want to make friends with geography 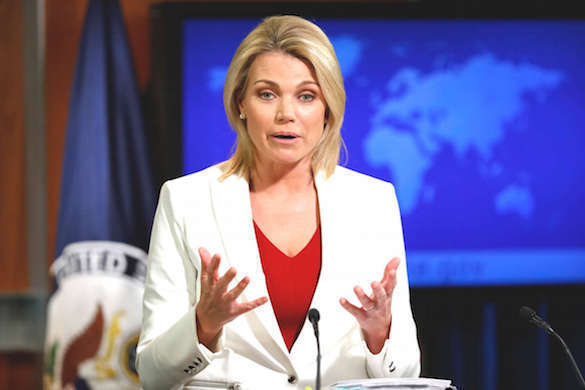 Speaking about the settlement of the conflict in the southeast of Ukraine, Nauert said that the recent meeting of the US Special Representative Kurt Volker with the Russian President's aide Vladislav Surkov took place in Lithuania, although in reality Surkov and Volker met in Minsk, the capital of Belarus.

Ay first, it seemed that it was a slip of the tongue, but Nauert continued to insist on her version of events even when journalists corrected her.

Former spokesperson for the US Department of State Jen Psaki was famous for making such blunders. She would mix up Istanbul (Turkey) and Islamabad (Pakistan), wanted to send US fleet to the "coast" of Belarus, and unexpectedly found Rostov Mountains in the Rostov region.