Russian President Vladimir Putin said at the summit in Hamburg that Moscow was opposed to illegitimate trade and financial restrictions. Russia intends to focus on ensuring positive dynamics in global trade, Vesti reports. 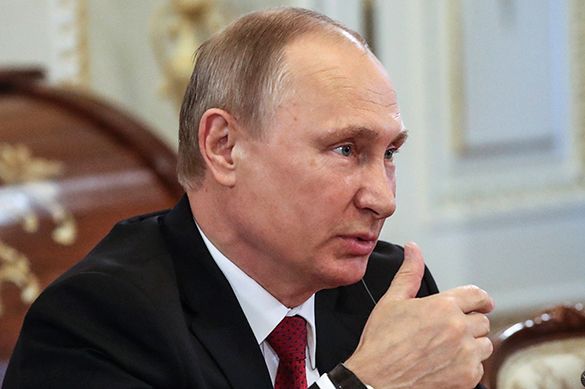 "We oppose the growing protectionism in the world." Illegitimate trade and financial restrictions with obvious political implications are, in fact, aimed at eliminating competitors, leading to the curtailment of business ties, the loss of trust between participants of economic cooperation, tearing the tissue of the world economy apart," said the Russian president.

According to Vladimir Putin, the G20 needs to uphold principles of open, equitable and mutually beneficial trade more vigorously.

"Russia is a reliable supplier of energy resources to world markets, to many countries and regions of the world. We intend to continue to actively harmonize world energy markets, to reduce price volatility together with other states, suppliers and consumers of fuel, to ensure global energy security. Climate change causes have not been thoroughly studied yet. We do not know the mechanisms of the changes that are taking place. At the same time, Russia considers the Paris Agreement signed last April as an international legal base for urgent work on climate regulation," Putin said.