North Korea's government-run newspaper Minju Choson wrote citing military experts that the US was preparing to attack the DPRK. The United States, the newspaper wrote, sent another aircraft carrier to the Korean Peninsula. North Korean officials thus believe that the USA is getting ready for active actions against the DPRK. 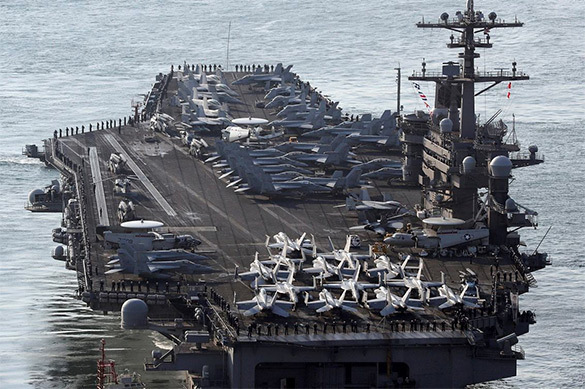 According to the newspaper, Washington "has not abandoned plans to strangle the republic with military force." The remarks from American officials about attempts to settle the situation peacefully were "only a prelude to aggression," the newspaper wrote.

The publication also said that the country "will not stop the production of powerful weapons to wipe the US off the face of Earth."

Noteworthy, a group of ships of the US Navy, headed by the Carl Vinson nuclear aircraft carrier, left the area of the Korean Peninsula in late May.