The name of China's brand new aircraft carrier has turned out to be a surprising one in the Russian translation. China chose the name for its aircraft carrier as a result of nationwide Internet voting. According to the Hong Kong publication South China Morning Post, the aircraft carrier was named after the mantis shrimp 虾 虾 (pipixia), which transcribes in Russian as Pipi Xia and reads as "weenie." This crustacean is a famous culinary delicacy in China. 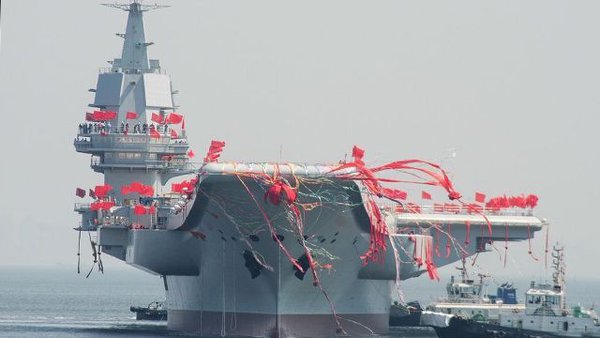 The "PiPi Xia" variant gained as much as 1.37 million votes, the newspaper said, before the name of the Chinese aircraft carrier was announced at a news conference of the Speaker for the Defense Ministry of China, Jan Yuijin.

In addition, the Hong Kong newspaper said that there were other names in the voting, such as "Taiwan" and "Sun Wukong" (the name of the "monkey king" from the classical Chinese novel).

The first Chinese aircraft carrier was solemnly launched in Dalian, Liaoning Province, a month ago. The vessel was built on the basis of the former Soviet heavy aircraft carrying cruiser that was left after the collapse of the USSR in Ukraine. Ukraine sold the vessel to China through a commercial intermediary "for a handful of pennies."

The aircraft carrier will undergo a series of tests before it is passed into service at the Chinese navy in 2020.