Syrian engineers designed a combat remote-controlled platform, which can be equipped with both rocket-propelled grenades and various kinds of small arms. 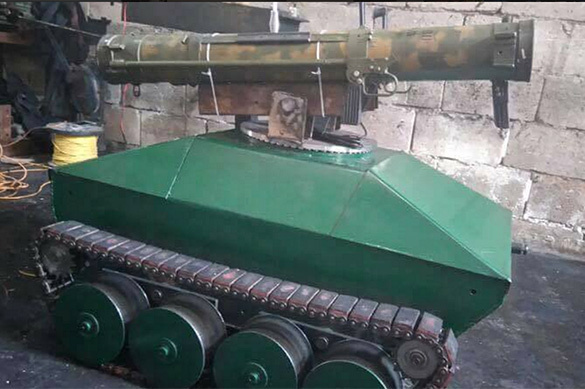 The serial production of the latest development has already begun. Photos and videos of the new  product of the Syrian defense industry have already appeared on the Internet.

The use of such robots will help reduce losses of the Syrian army as military men will not have to go into the line of enemy's fire. Two grenade launchers of the new robotic machine can kill snipers or destroy terrorists' machine-gun emplacement.

As an alternative weapon, photos of the new machine show a 7.62 mm PKM machine gun. The weapon is capable of striking targets at distances of up to 1,000 meters.

In addition, the Syrian military use non-linear Korshun locators designed to search for electronically-controlled mines.