Salmon cataclysm: fish on a hunger strike in US and Japan

Salmon disappears in the Pacific Ocean, because fish has nothing to eat. This may be a reason for disappearance of millions of them, the California Department of Fish and Wildlife is sure. 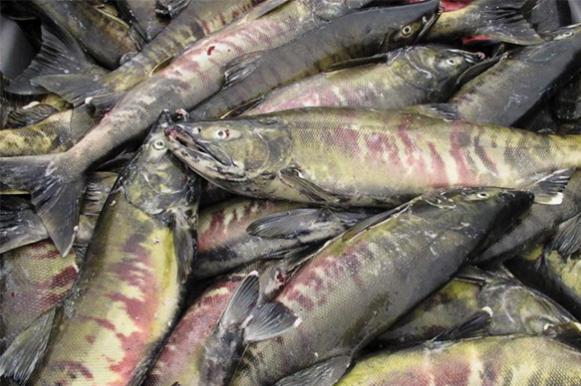 The number of salmon in the Sacramento River has dropped drastically. The quantity of fish has been decreasing in other rivers as well for two years so far, which is a serious problem for local fishing, the Trueactivist reported.

Biologists look for the reason of salmon extinction in the habitat, the ocean. Fish resources have been exhausted to the fullest for the first time during the latest 28 years because salmon is starving. In order to settle the problem, some researches should be carried out. But scientists fear that the case is not in salmon only - the state of environment itself has been deteriorated.

In Japan, where fishermen experience the same problems, the reason of decrease of salmon is seen in its uncontrolled annihilation. However, absence of feed in the ocean is also taken into account.