The American President Donald Trump has ordered to create a new department with a wide range of powers, which will be led by his son-in-law. 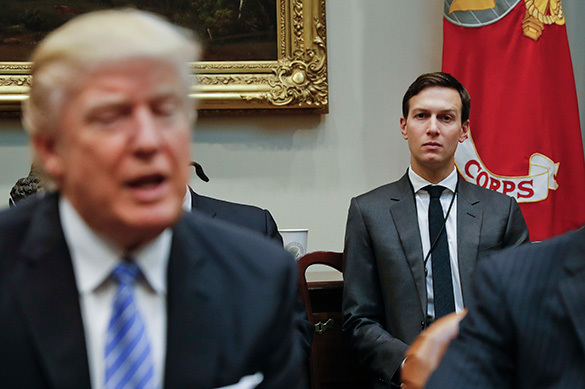 The Department will have to deal with search of ways on how to fulfill key promises the Head of State made in course of the election campaign.

David Kushner, senior adviser to the President and his son-in-law, will be in charge of the Department.

The White House Office of American Innovation will operate on its own and will be subjected directly to the President.

'I promised the American people I would produce results, and apply my 'ahead of schedule, under budget' mentality to the government,' Trump claimed.

As Pravda.Ru reported, before that, the German Chancellor Angela Merkel had officially invited daughter of the US President Ivanka Trump to take part in the women's W20 forum. The summit, which is to extend economic abilities of women, will take place in the capital city of Germany in late April.