Erdogan ready to fight against ISIS in Syria along with Russia

The Turkish President Recep Tayyip Erdogan has claimed about Ankara's readiness to fight against the Islamic State terror organization (which is banned in Russia) in Syria. 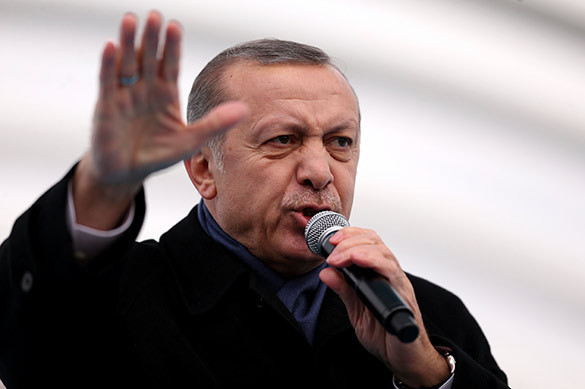 It will happen in case Russian authorities present such an offer. He noted, that a visit to Moscow is planned for this month. Erdogan is ready to discuss the issue with the Russian leader.

Before that the Turkish President admitted that his country might take part in the liberation of the city of Raqqa.

Russia and Turkey started developing direct cooperation in the military sphere, which is evidenced by joint visits of the General Staff Commanders of both countries.

As Pravda.Ru reported, the Turkish troops have been already deployed in the territory of Syria under agreements with Russia.