US Democrats cry over slaughtered Muslims?

Ebbing protests have sparked yet again in the US after Donald Trump signed an order restricting adoption of refugees and migrants in the country. Former State Secretary Hillary Clinton and President Barack Obama have stood for the protests. The ex-President got inspired with the scale of people's engagement across the country. 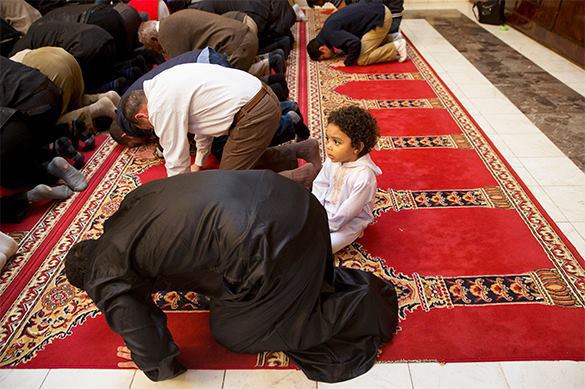 The US Democrats got horrified. 'There are tears running down the cheeks of the Statue of Liberty tonight as a grand tradition of America, welcoming immigrants, that has existed since America was founded has been stomped upon,' Chuck Shumer, leader of the Democratic Senate minority, wrote on his Twitter.

Francis Boyle, professor of international law at the University of Illinois College of Law, told Pravda.Ru his opinion on the Democrats' protests:

'After exterminating countless Muslims all over the world in Afghanistan, Iraq, Syria, Libya, Somalia, Yemen, and Palestinians  in Gaza by means of their Zionist Surrogate Israel during the Obama administration, the Democrats are now shedding some Crocodile Tears over Muslims like the Democratic Senate Minority Leader Chuck Schumer just did.

As a front organization for the Zionist Lobby in America,  the Democratic Party in the United States has absolutely no credibility whatsoever when it comes to  Muslims, Islam, and the Islamic World. There were not even Crocodile Tears shed by   the Democrats  for the 1.8 Million Palestinians in Gaza most of whom are Muslims being serially slaughtered with massive Zionist support worldwide including the Democratic Party in the United States  and courtesy of  US weapons, equipment and supplies to Israel. In fact the Zionist  Democrats have always cheered on their ally Zionist  Israel when it comes to genociding Palestinians'.

The UN in its turn has also got concerned about new order of the US President. They hope for Trump's changing his mind. It should be noted, that under Obama, the US was main partner of the UN regarding resettlement of refugees from those countries, America brought its democracy into.

Nonetheless, establishment has turned against Trump - a democratically-elected president of the country. And that is given the fact that measures he undertook do not differ a lot from what Obama did in 2011, when his Administration significantly delayed adoption of refugees and issue of visas to the Iraqi citizens. However, the US democratic forces seem not going to stop in their protests against democracy. And what may the US president face in this case?

Trump has a lot of adversaries and I am not sure that no one will try to deter him from carrying out his policy tomorrow. It happened with Kennedy, Reagan was also attempted.

Attempts of the US business and bureaucracy to advocate their interests will surely continue. Appointing a former military as a Defence Secretary, he realizes that he will be able to manage with the army, as far as he knows it. Thus, he takes people who can govern, command and make subordinates follow his will.

Trump is a bossy hard-handed man, as he governed his companies. He intends to govern the country the same way. And he is ready to fight against party and state bureaucracy.