The Pentagon has decided to resume use of the Volcano mine dispenser system in Europe, which has not been used since the end of the Cold War. Volcano is to be restored to fully mission capable status in 2018 and to become an important suppression tool for a potential adversary. 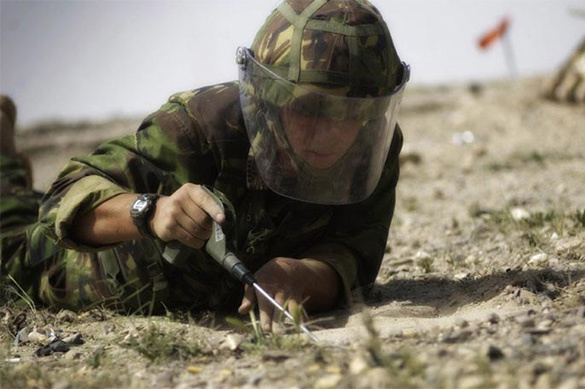 Vladimir Anokhin, Vice-President of the Russian Academy of Geopolitical Problems told Pravda.Ru what this decision is connected with.

Are they afraid of a tank breakthrough in Europe? Our tanks, are they still a suppression weapon?

The case is while Obama is in power, Pentagon lays mines one after another under Trump's Administration in order to hamper fulfillment of his pledges.

Return to the Cold war by the US military is one of the elements of creating tension in Europe. Do Germans or Belgians need remote controlled minefields? Surely, no, they do not. And everyone realizes that there will be no tank spearheads. But to create nervousness in Europe and show Russia as a potential aggressor is a holy cause.

The Pentagon generals remind a street girl, that seems to be decent, but in fact is a prostitute, that can do whatever. I won't wander in case they make up something else.

Are there anti-tank weapons in the West apart from these mines, which would be able to stop the Armata tank?

I do not know Armata's capabilities, but our previous tanks like the T-90 have splendidly withstood anti-tank systems in Syria. But they will not go the length of this. There are no fools apart from Americans. And it's very difficult to argue with them, because all the criteria of security and sanity have been overstepped.

Reading the Washington Post, which is a political megaphone of the country's authorities, it seems to me that in near future they will write an announcement: 'At the request of our readers, our newspaper will be published in rolls and without text'.

There is no logic in these minefields given modern systems of mine countermeasures and so on. It's political blackmailing of Europe, a mine for Trump and an irritator for us. Though, our guys in the General Staff do not comment on this, they just circle the first finger by the temple.