Kurds decide to get on US nerves

Falah Bakir, Head of the Kurdistan Regional Government (in Iraq) Department of Foreign Relations, reported, that he had asked for military and humanitarian aid while meeting with the Russian Deputy Foreign Minister Mikhail Bogdanov. 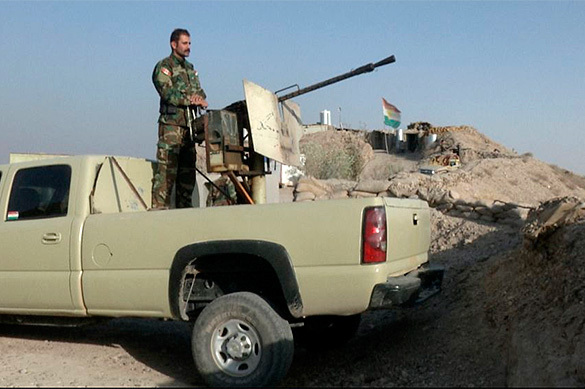 'We asked for humanitarian aid to render support to refugees, that came to the Iraqi Kurdistan from other regions of the country, as well as from Syria,' Bakir said.

The situation in the Kurdish area of Iraq has reached its critical point. Have they addressed someone else, or just Russia?

Anton Mardasov, a military expert at the Institute of Innovative Development, head of the Department of the Middle Eastern conflicts, commented Pravda.Ru on the issue.

The Iraqi Kurds had great relations with the Soviet Union, at the time Primakov headed the Kurdish direction. Masud Barzani (President of the Kurdish autonomy in Iraq)studied in the USSR. Thus, there are some ties. But any deliveries to the Iraqi Kurdistan require agreement with the central Iraqi government in Baghdad.

For the moment it's not quite clear what the Kurds are asking for. It should be noted that there are several US military facilities in Kurdistan. What is more, huge oil industry is operating in the Iraqi Kurdistan, it means they do not have financial difficulties and can afford buying everything they need.

Thus, I believe it's a political step. Maybe they'd like to get on the Americans' nerves. The situation is very difficult. So, we should cooperate and carry on a diplomatic and political dialogue, but real steps should be calculated very thoroughly.