Montenegro's prosecutor for investigations in the field of organized crime, Milivoye Katnich, said that a group "Russian nationalists" was plotting to assassinate Montenegrin Prime Minister Milo Djukanovic, who is known for his pro-Western orientation. 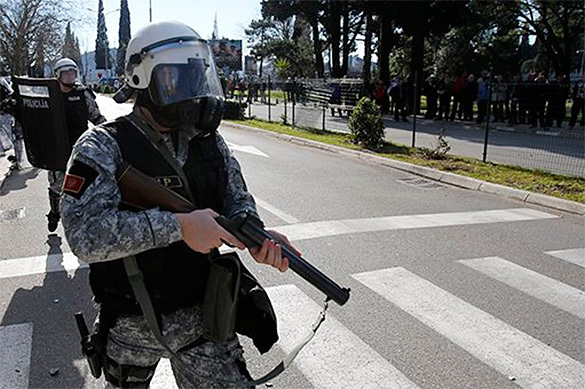 "Organizers of a criminal group, who are nationalists from the Russian Federation, proceeded from the fact that the government of Montenegro chaired by Milo Djukanovic would not be changed as a result of elections, so one had to overthrow the government by force," the prosecutor said, Pravda.Ru reports.

Pravda.Ru asked an expert opinion from an expert at the Institute of European Studies, Stevan Gayich.

"Is it a provocation of the pro-Western government? Who is standing behind it?"

"What the prosecutor's office of Montenegro, and the Djukanovic regime in general, have been doing recently can be described as walking in the fog. The opposition does not recognize the elections, and the government has found itself in a deep political crisis. Djukanovic has already announced that he will not be prime minister if his Democratic Party of Socialists (DPS) forms the government. The socialists already say that the DPS has supposedly formed a government, meaning that Montenegro is sure to be a NATO member. In fact, however, the government has not been formed. They defend the interests of the West, so the fight has risen to a higher geopolitical level.

"No evidence has been provided. In my opinion, this story is completely fabricated in a very poor way to stir up some noise during the elections and create an atmosphere of fear among opposition voters."

"How should Russia respond?"

On October 16, Montenegro held parliamentary elections. Twenty Serbian citizens were detained on suspicion of preparing a terrorist attack and a coup on the election day. According to preliminary data, the people wanted to attack citizens and police officers who gathered in front of the parliament with a view to proclaim the victory of one of the political parties and imprison the prime minister of Montenegro. Pro-Western Democratic Party of Socialists (DPS) of Prime Minister Milo Djukanovic won the elections.