The Turkish president Recep Erdogan claimed in course of a press conference in the Ataturk airport that the Turkish soldiers had rescued the American special forces in Syria. 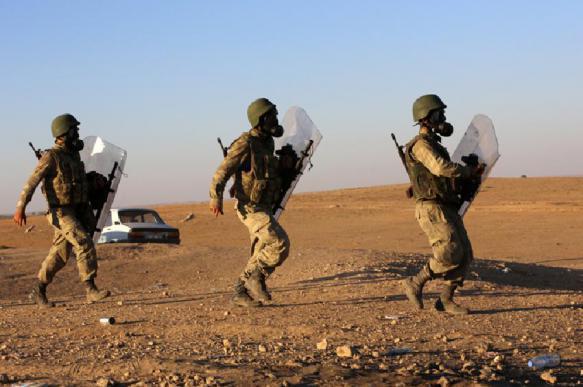 Forces of the Free Syrian Army ousted special forces from their territory, and the Turkish soldiers had to rescue them from the ISIS fighters.

Convoy of the US military was escaping from the city of Er Rai under fire of insult. Fighters called them 'dogs' and 'pigs', demanding to go away. Washington has been supporting militarily opposition forces in Er Rai, which are part of the Free Syrian Army.

'By order of the Turkish military authorities, our special forces pulled out 30 US special forces soldiers from where operation against the ISIS had been carried out,' Erdogan said.

As Pravda.Ru reported, the US intended to deploy about 40 fighters of the special forces to help Turkey in combating the ISIS in Syria.