The US involvement in overthrow of regimes all over the world has been confirmed once more by the declassified CIA documents, among which are texts for briefings prepared for presidents Richard Nixon and Gerald Ford in 1960-1970s. Some data has been deleted, particularly that about coups d'etat, which had been carried out in various countries in the 1970s. The US was suspected of being involved in them. For example, there is nothing under the Chile headline of 11 September, 1973. And namely that day a pro-Soviet Chilean president Salvador Allende was dethroned. The documents also evidence that the intelligence made a lot of mistakes while estimating future events. 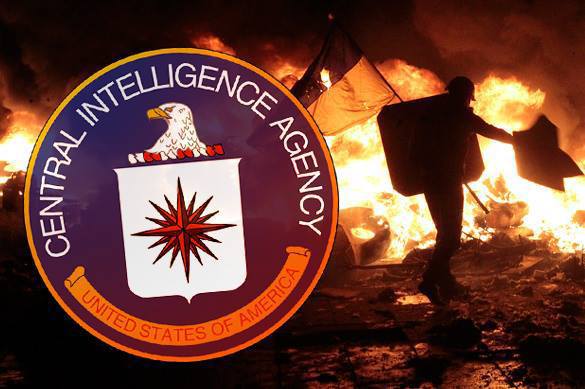 It seems that the CIA's activity has always been destructive. Nikita Danyuk, Deputy Director of the Institute for Strategic Studies and Projections commented Pravda.Ru on the issue.

'It should be noted that the US special services have always secured national interests of the state beyond borders of their own territory. And the CIA has always been the main and one of the most effective tools in this issue.

The CIA experts have carried out coups d'etat and military interventions no less than 40-50 times. What about Chile, it is widely known that bloody dictator Pinochet, who changed close to socialist ideas Salvador Allende in power, was a creature of the CIA.

The US has acted in such a way in Nicaragua and Panama as well, and in the whole Latin America, as the US regards it as its territory, zone of national interests, its backyard,' Nikita Danyuk noted.

'Today we can also evidence a right pro-American U-turn in the South America. Government of Argentina and Brazil are quite independent and they are falling. It is taking place with the help of pro-American experts, who are in key positions. It happened in Argentina with Kirchner and in Brazil with Dilma Rousseff.

The main victory of the CIA was collapse of the USSR. It had quite developed network of agents in the Soviet Union, including members of the Central Committee of the Communist Party of the Soviet Union'.

The expert also noted that the CIA is headed by the US president. Thus, all the operations have always been agreed with the authorities.

The only body that can influence the CIA is the Congress. It can control the secret budget of intelligence operations.

Thus, the US is capable of not only influencing on political processes in various countries , but also establishing regimes loyal to its country, which is completely opposite to Russia. As it interferes in home affairs of other countries in extreme cases and not to overthrow regimes and change governments,' the expert concluded.