Chairman of the Ukrainian Parliament Andriy Parubiy claimed that these were the Ukrainians who founded European civilization. 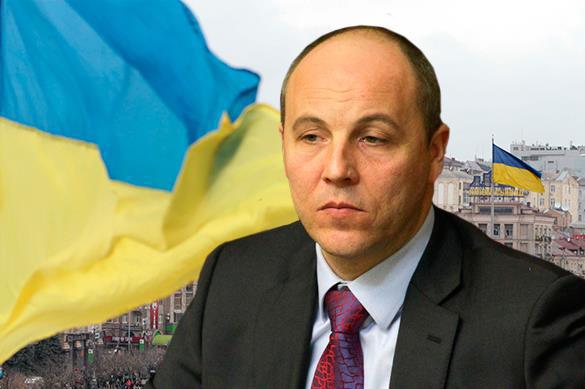 Speaking on the occasion of the Europe Day in Ukraine, Parubiy noted that "it's a special day for the Ukrainians. Two years ago, during revolution of dignity, the Ukrainian people proved that Ukraine is an independent European state. We are a state that stood at the origin of the European civilization. Ukraine was one of the states that created Europe as a phenomenon, as civilized space".

Head of the Parliament also thanked MPs, experts and "European friends" of Ukraine, who jointly approach the Ukrainian legislation to the EU's standards.

"Despite political obstacles and military aggression of the Russian Federation in the Crimea and Donbass, we approach European integration with quick steps. Ukraine is Europe, as we used to say in the Maydan," Parubiy stated.

As Pravda.Ru reported, last year the Ukrainian TV released a range of scientific films dedicated to the history of Ukraine. One of the programs showed how Ukraine was the first in the world to develop a submarine (operated due to Cossacks' thrust), which they used to attack the Turkish ships.

The Ukrainian authorities got to mythmaking for its own benefit long ago. They even asserted that these were the ancient Ukras who dig the Black Sea, that the Ukrainian language is the most ancient and correct one. It turned out that Jesus Christ was a Ukrainian... The concept is not a new one, but the tendency makes one worry.