Merkel meets more often with Turkish rather than German officials

The Politico newspaper noted that Angela Merkel spends her time in vain when she carries on negotiations with Turkey. 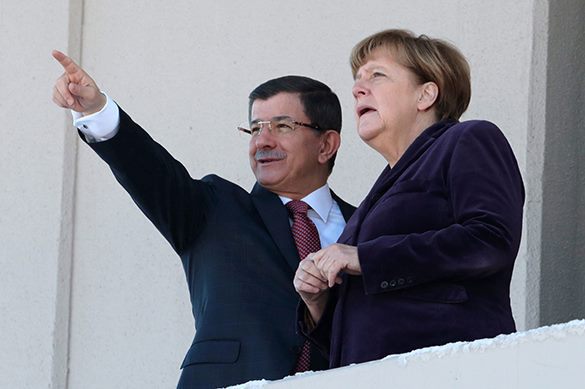 Turkey, in its turn, very skilfully makes use of Merkel's attention and works a panhandle on her, as 3 billion dollars which Europe allocated to restrain refugees, turned out to be insufficient.

To all appearances, Angela Merkel has extensive plans and high expectations of Turkey concerning the restrain of refugees influx into Europe.

As Pravda.Ru reported, Merkel allocated 3 billion dollars to improve housing conditions of refugees, so that they have no wish to go to the European countries.

Merkel tried desperately to find a quick way out of the crisis, repulsing attacks of the German populists, Politico wrote.

The German media took to making fun of the Chancellor, as she meets more often with the Turkish ministers than the German ones.

Constant trips to Ankara won't substitute a government program on fight against crisis, which is still absent, Vice-President of the European Parliament Alexander Graf Lambsdorff claimed.