John Weal, Rear admiral of the United Kingdom's Royal Navy, claimed that it's permissible to use Trident ballistic missiles against the Islamic State in Syria, which are capable to deliver nuclear weapons at the distance over11,000 kilometres. 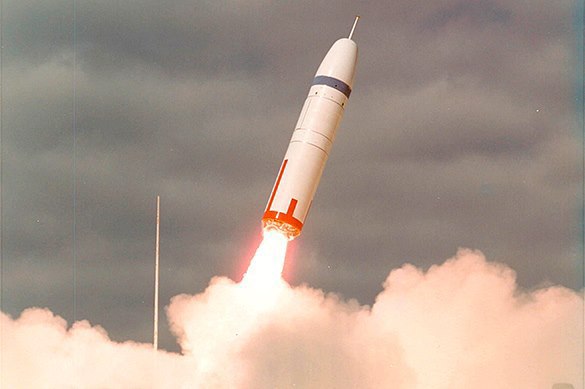 Konstantin Sivkov, Doctor of Military Science, corresponding member of the Russian Academy of Missile and Artillery Sciences commented Pravda.Ru on the fantasy of the British Navy:

'The Admiral is either crazy, or it's an attempt of the West to transform the case into a phase of nuclear blackmail regarding the Middle Eastern countries. The West is not capable of establishing control over the oil-producing area of the Middle East and the North of Africa. Iran, Russia, and China gain more and more influence there. China currently intents not to only develop its military compound, but also the South Stream, and the Silk Road through Iran and former Soviet Republics of the Central Asia. The Anglo-American civilization looses its dominant positions in the world. Thus, there is no choice but a shift to the nuclear blackmail,' Konstantin Sivkov noted.

The Americans realized that soft power showed its inefficiency in the Arab Spring. Their theory of chaos control turned out to be ineffective. The American military machine of brute force also demonstrated its ineffectiveness in Iraq and Afghanistan. Now it's needless to say that the Americans will be able to establish empire over the world with the help of their military machine. The US sets a task to destroy Russia or get it under control, that would allow them to let off the leash and use nuclear weapons against other countries of the globe as a tool to subdue and compel to its power. It became evident that the task wouldn't be solved in the near future.

There will be apparently applied not the Trident nuclear missiles, but tactic nuclear weapons. The Americans have already shifted them to Europe, and it will be easy enough to deploy them in the territory of Turkey.

Just several nuclear hits will allow to take the region under control and demonstrate determination to nuke. However, the Islamic fighters are based not in an open country, but the cities, thus, the civilians will also fall victims. Beside that, the radioactive contamination will extend to the territories of Turkey, Armenia, Azerbaijan, Iran, and Russia,' Konstantin Sivkov concluded.